After thorough study and discussion, the Elkhorn Athletic Association, in collaboration with the Elkhorn Soccer Club, has developed a conceptual plan to address the needs of both organizations and provide a major enhancement to the community. The association proposes creating the Community Outdoor Complex that will be a state-of-the-art complex and a signature destination facility for outdoor youth athletics and community recreation.

The Elkhorn Athletic Association has shown strong growth, and now provides athletic opportunities to more than 3,500 players in baseball, softball, football and basketball. One-third of the Elkhorn Public Schools’ students participate on association teams. Based on enrollment increases projected for the school district, the association expects its player count will grow to as many as 5,000 athletes in the next five years. The association now serves more than 2,500 Elkhorn-area families. The association carries out a mission of encouraging and supporting the development of Elkhorn student athletes by emphasizing sportsmanship, personal development and community involvement. 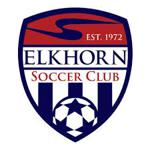 Founded in 1972, the Elkhorn Soccer Club has grown to more than 1,500 players at all skill levels. The nonprofit organization provides programs for players from under age 4 through high school and draws youth from across the Omaha area, but mostly from Elkhorn. The club is dedicated to helping all players reach their full potential regardless of ability level, including children with special needs. The club’s mission is to develop a culture of excellence and the group is committed to holistic child development. The club believes kids have the best opportunity to reach their potential if raised in a culture focused on development of the whole person, not one where success is based solely on winning. The club aims to develop both the athlete and the person, unlocking the full potential of every child, in all aspects of life, in a safe, positive and educational environment.